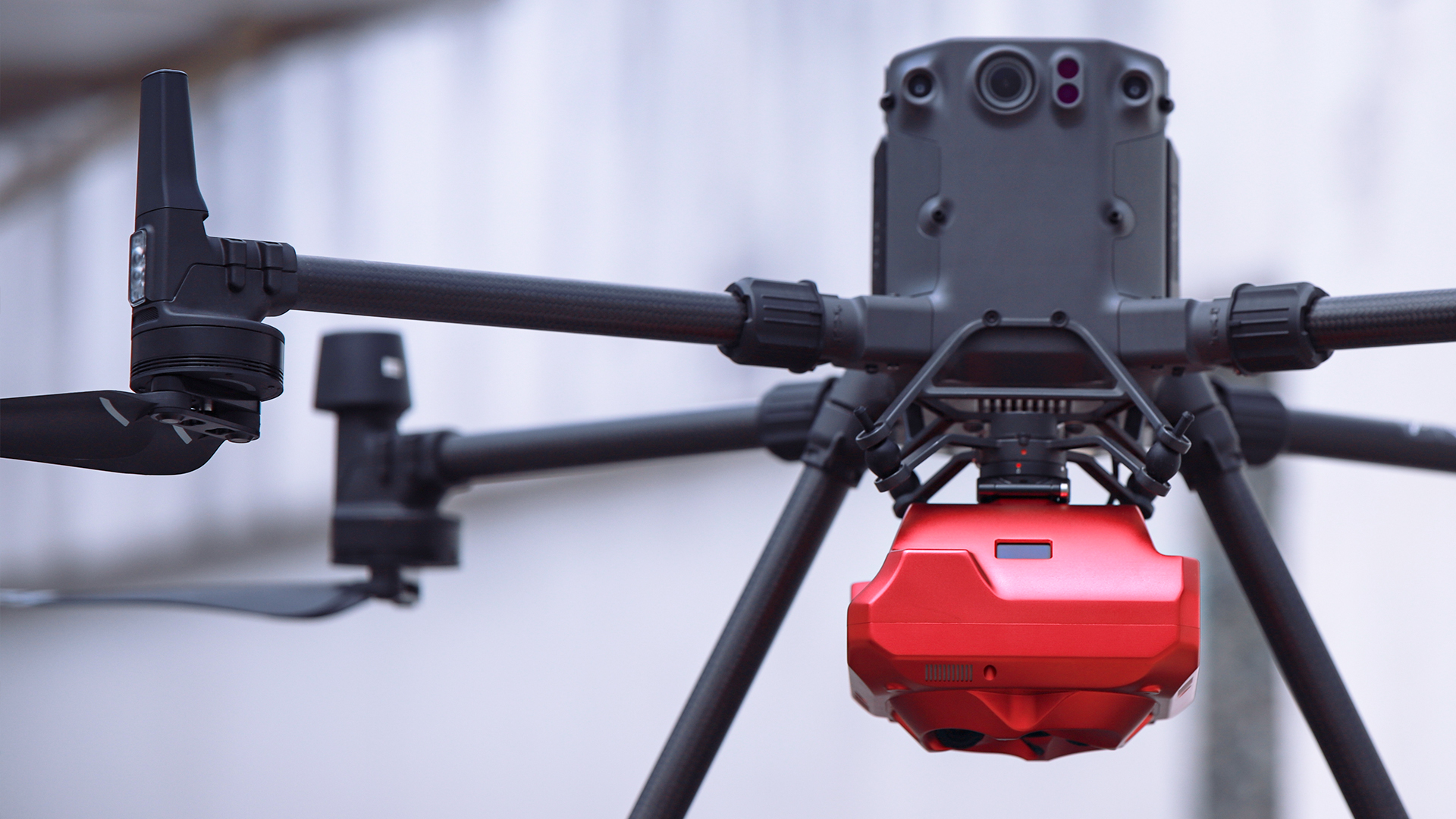 Surveyors and GIS professionals have the highest standards when it comes to their tools and their trade. It’s no wonder that many surveyors are turning to drones for their mapping and 3D modeling needs. Surveying drones consistently achieve results that meet survey-grade accuracy standards, and in comparison with traditional surveying techniques, drones drastically reduce the time, cost, and effort required.

Surveying with drones is more complicated than snapping a few photographs from above. There are several steps required, from preparing ground control points, to mission planning, to process the images you capture with surveying software.

What is oblique photography? 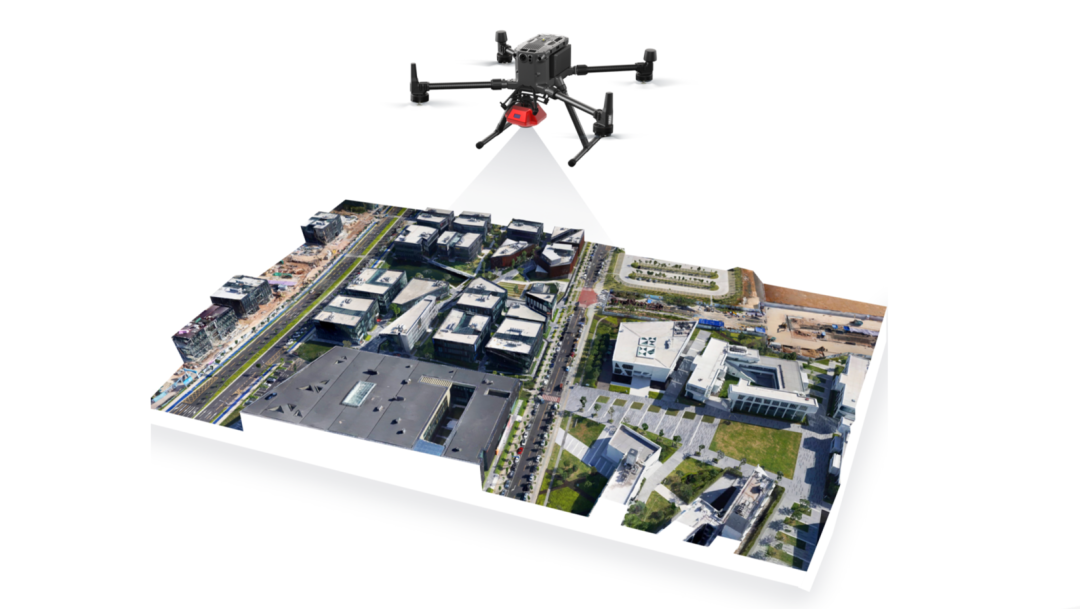 Within drone surveying, a technique that has seen success in 3D modeling is the use of oblique photogrammetry, where images are captured by several lenses. These multiple lenses are mounted together in an array with fixed axis angles. The resulting images reveal details that are sometimes missed when only capturing vertical photographs, such as features occluded by vegetation or tall structures.

Oblique camera systems use a mechanical rig with five cameras in fixed positions in a cross configuration; one camera in the center is surrounded by four other cameras, in front, back, left, and right, equally distanced at 90-degree intervals. This system places the central camera at an oblique angle where the ‘nadir’ angle (the point directly below the camera at ground level) is at a known, fixed point in the image.

When compared with vertical aerial photography, oblique photography has many benefits. While a vertical angle can help show the placement of features like buildings, streets, or open spaces in relation to each other, oblique aerial photos are better at giving perspective of the appearance of features that rise from the ground like buildings, topography, foliage, etc in relation to the ground and horizon.

Some more benefits of oblique photography include:

Images captured with an oblique camera reveal details that otherwise may have been obstructed in the vertical view by foliage or tall buildings.

As opposed to an orthographic setup, where the central camera looks directly down, the oblique system captures far more of the relative height data ahead of it. This also negates any lens distortion in all directions around the focal point, which the orthographic method could often suffer from.

Using multiple shots at controlled intervals, the position and relative height information gathered from each dataset can be compared, contrasted, and then amalgamated to give the relative height information between elements in the target area, producing a map of both position and height data, which can be rendered as a 3D map of the area surveyed. 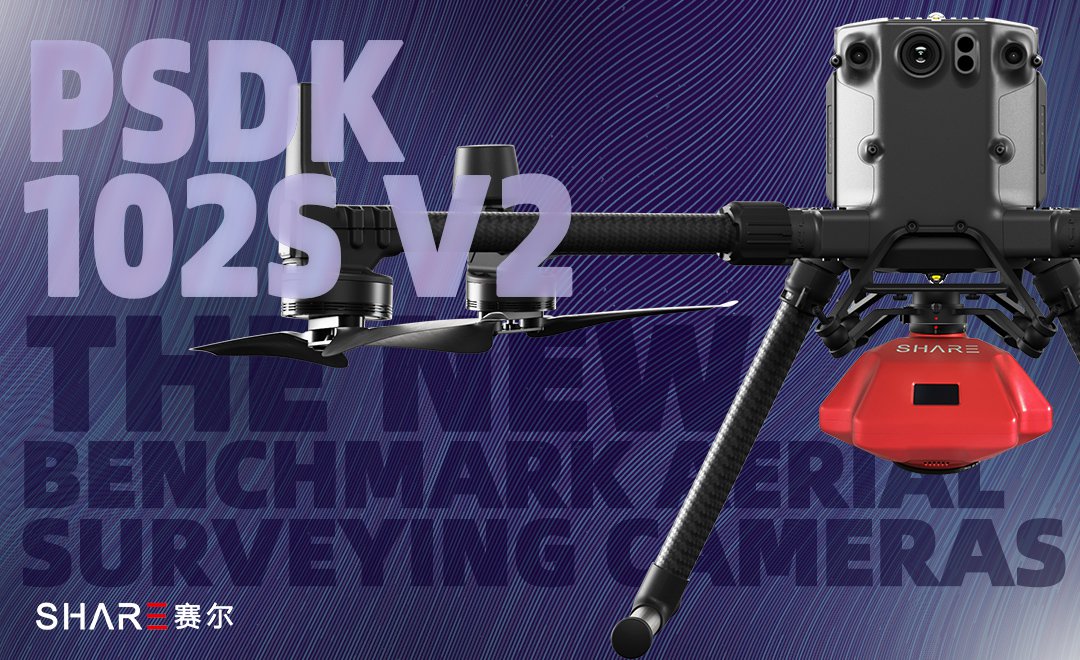 And now, using KML, and angle compensation accessories, reduce lots of photos before modeling. Improve the efficiency to a new level.

Prev : Photogrammetry vs LiDARNext : Will Drones Take Over My Job
文章推荐
Will Drones Take Over My Job Photogrammetry vs LiDAR Why do you need an RTK License for your drone? How large elevation changes can affect the quality of your map. WHAT ARE THE BENEFITS OF DRONE SURVEYING AND HOW DOES IT WORK? The Pathway to the Metaverse Begins With 3D Modelling What’s the difference between mechanical and digital shutters? How Share PSDK 102S V2 + DJI M300 RTK benefit your aerial surveying and 3D modeling The evolution of Share UAV 5-lens oblique cameras Surveying Drones vs Total Stations: Which Type of Surveying Projects are Drones Ideal For? LiDAR vs Photogrammetry: who wins? Is Drone Photogrammetry an Alternative to Classical Terrestrial Surveying Techniques? Professional Aerial Survey Solution 5-lens with 201 Million Pixels oblique camera Share UAV Cooperated With DJI To Layout The Global Aerial Survey Market
Home
Product
SHARE 102S
SHARE 202S
SHARE 303S
SHARE 6100
SHARE 100M PRO
Solution
Real Estate
Smart city
Terrain Elevation
Orthography
SDM
Support
News
About Us